What is LiFi Technology? The Difference Between Lifi and WiFi 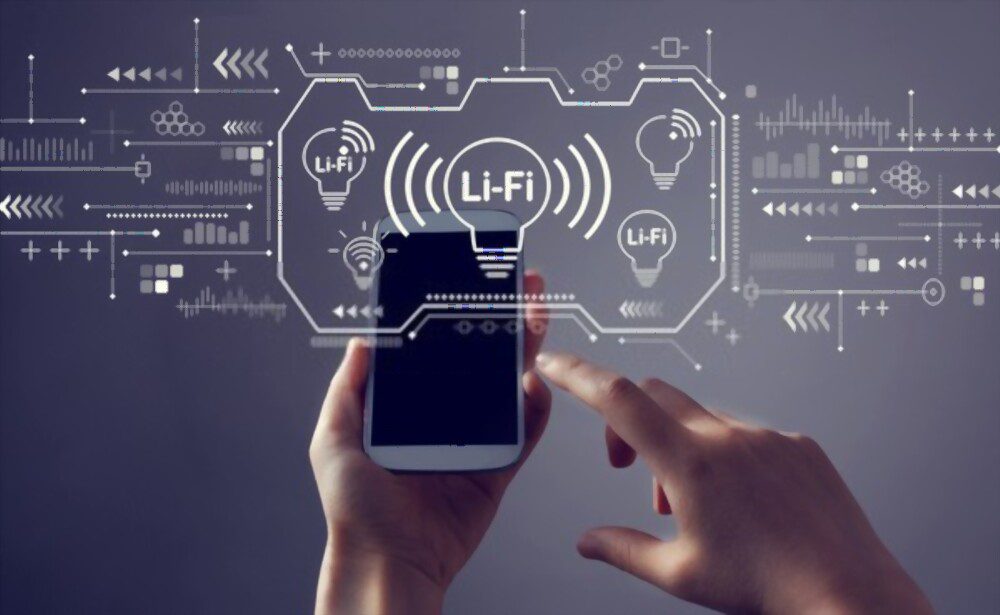 Lifi is a new technology that promises to revolutionize the way we connect to the internet. Lifi uses visible light to transmit data, instead of radio waves like WiFi. This means that it has the potential to be much faster and more efficient than WiFi. It also has the potential to be more secure, since it’s more difficult to intercept data transmitted via light. In this article, we’ll explain what Lifi is and how it works. We’ll also compare it to WiFi and explore its potential advantages and disadvantages.

Lifi (LiFi) is a type of wireless communication that uses a light source to transmit data. Unlike traditional WiFi and visible light communication (VLC), LiFi doesn’t use radio waves. Instead, it uses light bulbs to send data to nearby computers, phones, and other internet-enabled devices. LiFi can allow for much faster wireless internet speeds, more secure connections, and uses much less energy than WiFi. The technology has been around for a few years but is now becoming more widely available. Some companies are already providing LiFi products, and researchers are continuing to develop and improve the technology.

How does Lifi work?

A LiFi connection uses light bulbs to send data to nearby computers, phones, and other internet-enabled devices. To create a connection, you will likely need to install special light bulbs. These bulbs will use LEDs, which are much brighter than traditional bulbs. To stay connected, you will also need a special device, which will convert the light signal into data that computers and other devices can understand. These devices are also known as LiFi routers. With LiFi, computers are able to receive data through light bulbs. This means that you aren’t able to connect to the internet with your laptop while standing right next to the light bulbs. Instead, you will need to be a few feet away from them to make a connection.

The advantages of Lifi

There are several potential advantages of LiFi technology compared to WiFi. These include the following: Faster internet speeds : Since LiFi isn’t limited by the amount of bandwidth available to radio waves, it can theoretically be much faster than WiFi. Between 100 and 1,000 times faster, in fact. These speeds could allow for multiple high-quality 4K video streams at the same time, or faster downloads for everyone online. Higher capacity : WiFi is often unable to meet the demand for data capacity during busy periods. At times like these, WiFi slows down or stops working completely. LiFi, on the other hand, is not limited by the amount of bandwidth available to radio waves. This means that it can maintain consistent speeds even when the connection is very busy. No interference : WiFi uses radio waves, which are susceptible to interference from other devices. This interference can result in slower internet speeds or dropped connections. Since LiFi uses light and is not affected by outside interference, it’s more reliable than WiFi.

The disadvantages of Lifi

There are also a few potential disadvantages of LiFi technology compared to WiFi. These include the following: Limited range : WiFi routers can cover a large area, while the light bulbs used in LiFi can only reach within a few feet. This means that the LiFi network will likely be much smaller than a WiFi network. Lower security : WiFi is encrypted with a security protocol to prevent unauthorized access to the network. LiFi, on the other hand, is not secure by default. This means that anyone with a special device could potentially intercept the data. High cost : Although the bulbs used in LiFi may be cheaper in the long run than WiFi, the initial investment may be more expensive.

There are many similarities between Lifi and WiFi, but there are also a lot of important differences. Lifi vs WiFi Lifi WiFi Uses light bulbs Uses radio waves Wires aren’t required for connections Requires wires for connections Only works at short distances, typically 3 feet Does not have a range limitation More expensive Less expensive The biggest difference between Lifi and WiFi is that Lifi uses light rather than radio waves. This means that Lifi is not affected by distance; WiFi bulbs work only when they are relatively close to the router. Lifi also has a much higher capacity than WiFi, making it possible to stream high-quality videos without interruptions. WiFi, on the other hand, can be expected to slow down during busy hours. This is because WiFi only has a limited amount of bandwidth, which can be used up by many devices connected at once.

The future of Lifi

Since LiFi is still new technology, it will likely take some time before it’s widely available. However, many people expect to see LiFi become more common in the coming years. This is because it has the potential to offer higher speeds, more security, and lower energy usage compared to WiFi. With a few improvements, it can also become more affordable.